The USPS will be selling the new Pets Forever Stamps debut today August 2nd.   See if you can quickly determine which is your favorite.

The stamps are being issued in booklet of 20 Forever stamps with photos of the 20 pets.  There are 20 existing photographs of different animals taken against white backgrounds by Eric Isselée for the stamp art as shown upper left for Pets stamps.

“The Pets Forever® stamps feature photographs of 20 favorite pets. These stamp subjects came from of the Citizens’ Stamp Advisory Committee (CSAC) in response to the public’s love of pet-related stamps. Existing photos from photographer Eric Isselée (who specializes in photos with white backgrounds) were selected and licensed to make these beautiful stamps.”

Here’s to picking up some of these entries and adding some kind of entry door.   It looks highly organized!

To be sure, On Creating A Genuine Souvenir, aka daily blog post #1992 is a creative blog title! I was also thinking of “Sewing up 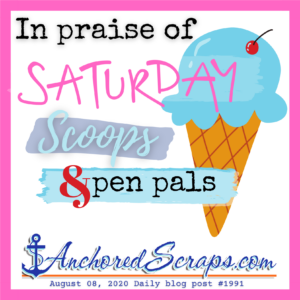 In praise of Saturday Scoops & pen pals is a perfect whimsical title.  A warm welcome to our newest AnchoredScraps email blog subscribers! In Praise 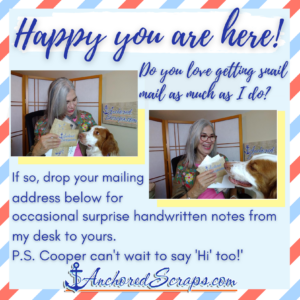 Today I’m so Happy You are Here! With this daily blog post #1990 I’m debuting the AnchoredScraps snail mail sign up; it is an “extra” 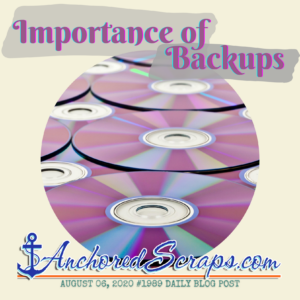 The Importance Of Backups is our focus today. It is also our AnchoredScraps Daily Blog Post #1989. We are closing in on Milestone #2000! First, 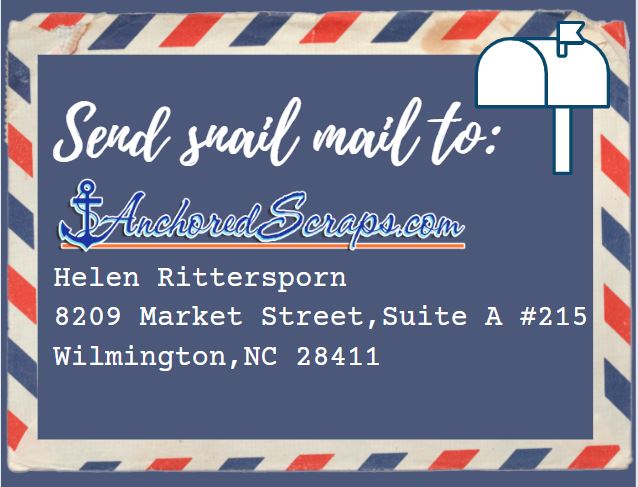