Today, May 27, we are celebrating the Jordans Golden Anniversary 2017 Cachet!

Over at the Wilmington Philatelic Society scrapbook page today, you will see a shout-out: A special day for the Jordans – their Golden Anniversary! 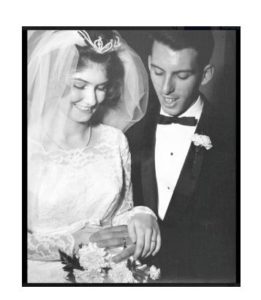 Congratulations to the Jordans on their 50th Golden Wedding Anniversary today!

One of the joys of letter writing has been the discovery of stamps, stamp collecting, new releases of stamps and with that having joined and being a member of our local stamp club, Wilmington Philatelic Society, here in Wilmington, North Carolina.

During the past two plus years of blogging daily encouraging letter writing (today is #822) it has included showing some of the envelope cachets designed by fellow WPS member, Jimmy Jordan.

Not to have to post a SPOILER ALERT here – let’s just say the Jordan’s may have some mail coming their way!

On this Memorial Day Weekend, it is special we previously had a blog post on 9 – 11 Commemoration showing 9-11 cachet designs by Jimmy Jordan.

If you should find an upcoming Anniversary event and/or another exciting Milestone event wanting to do something extra special, please consider creating yourself a cachet and put it on the outside of the envelope and get it date stamped at your local Post Office on the day to help commemorate it!  This cost zero money, just making the time and getting to draw on your creativity.

Congratulations again to the Jordans!

P.S. Heartfelt thanks to WPS fellow members for letting me join in with them on the cachet plotting. It has been a lot of fun, and especially hearing Jimmy was spotted in the Post Office this morning while they were in line added extra excitement to the scheme – especially as that was not the only Post Office location that was visited by the plotters!

Image above Cachet by Wilmington Philatelic Society,  A special day for the Jordans – their Golden Anniversary!, May 27, 2017

The Jordans Wedding Photo above is via a WPS friend who sent to me from Jimmy’s Facebook post.