In anticipation of the August 21 solar eclipse across the United States, the USPS is issuing today the Total Eclipse of the Sun Forever Stamp. We’ve also got the special postmark, and yes, at the end of today’s blog post is a link to the long version of the 1983 Bonnie Tyler single, “Total Eclipse of the Heart”.

The USPS is releasing a new special edition stamp today the Forever Total Eclipse of the Sun. It will debut in Laramie at the University of Wyoming Art Museum.

You will want to note they are not being sold individually, they are sold in a pane of 16 stamps.

It is best described as changing color when you touch it because it uses thermochromic ink. This is the first time using this ink for a U.S. stamp.

The way it works is by pressing your finger to the stamp, the heat of your finger causes the special thermochromatic ink (heat-sensitive) to have the moon appear.

There is an article nicely written at creativity-online.com about the stamp: The U.S. Solar Eclipse Stamp Changes When You Touch It. Thanks to @adage for their May 23 Tweet via @StudioA_Design.

“The Total Eclipse of the Sun Forever stamp, which will mark the August 21 eclipse, transforms into an image of the moon from the heat of a finger. The stamp image is a photograph taken by astrophysicist Fred Espenak that shows a total solar eclipse seen from Jalu, Libya, on March 29, 2006. In the first U.S. stamp application of thermochromic ink, the stamps will reveal an underlying image of the moon, also taken by Espenak. The image reverts back to the eclipse once it cools.”

Ordering details for the First-Day-of-Issue Postmark and First-Day Covers are available at the May 11 Postal Bulletin. 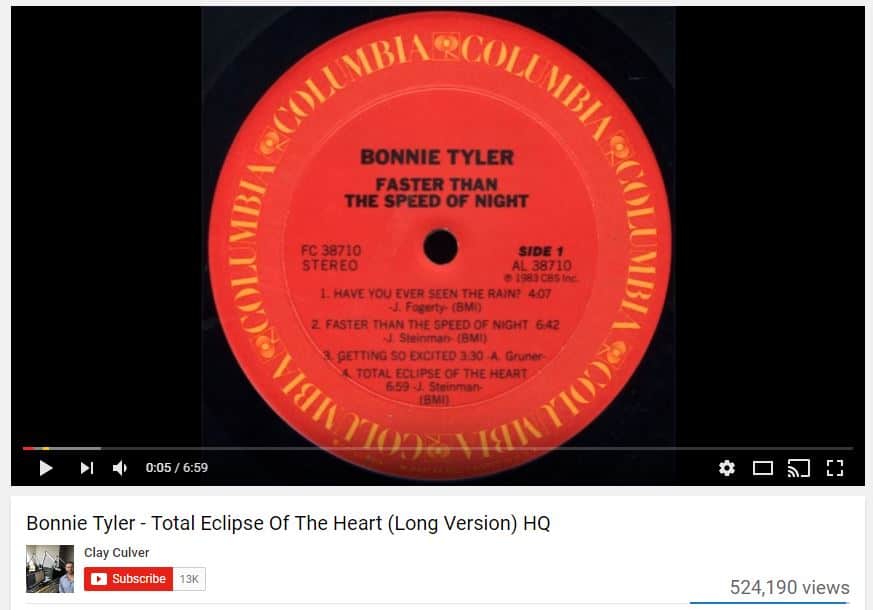 Somehow I cannot envision a blog post on this very special first of its kind stamp, especially with its name, without including a nod to Bonnie Tyler with her 1983 song, Total Eclipse of the Heart. I’ve included a link to the Long Version. Go ahead and crank up the volume and enjoy. Happy Tuesday!

The U.S. Solar Eclipse Stamp Changes When You Touch It. “Image of an Eclipse Transforms Into the Moon Using Thermochromic Ink”. By Alexandra Jardine. Published on May 19, 2017. Excerpt.