On this Saturday of Memorial Day 2018 weekend, hearing In Flanders Fields Poem recited by Linus is really special. If you only read one of my posts this weekend, you’ll want to view the three-minute video at the end of today’s post. It is from a 1983 Memorial Day CBS special airing.

About the TV Special having Linus reciting “In Flanders Fields”

There is an excellent write up over at Wikipedia What Have We Learned, Charlie Brown? – A Tribute.  The prime-time animated television special won a Peabody Award in broadcasting.

You will want to read the background of Charles Schulz developing the script and him envisioning having the characters include Omaha Beach and “scenes of the famous D-Day Invasion of World War II”.  Furthermore, reading about him knowing how emotional having one of the characters reciting “… the immortal poem, John McCrae’s In Flanders Fields.[1]” is insightful and worth reading.

I’m closing with the YouTube scene of In Flanders Fields Poem recited by Linus. 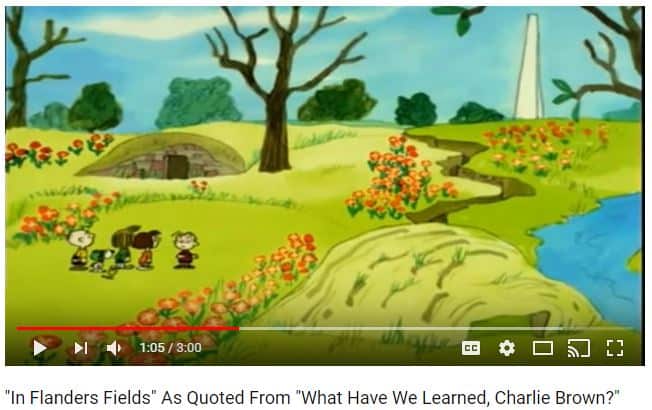 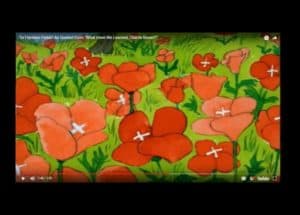 YouTube Linus – “In Flanders Fields” As Quoted From “What Have We Learned, Charlie Brown?”

Wikipedia What Have We Learned, Charlie Brown? – A Tribute; Excerpt