Begin with the end in mind.

By Helen Rittersporn on 12-01-2018 in Blog Post, Letterwriting, Remembering

One was on the 1993 handwritten Inauguration Day letter from Bush to Clinton and the other post, was on President Bush broccoli letter by a 5-year-old. I’m including images of both of these. (Links to both posts are below).

Over at The New York Times today, they include an image of the letter from Bush to Clinton: Bush’s Letter to Clinton Cemented a Presidential Tradition, Historians Say. The article is a great read and one you’ll want to read.

Furthermore, here is the image of that letter from my November 09, 2016 post. 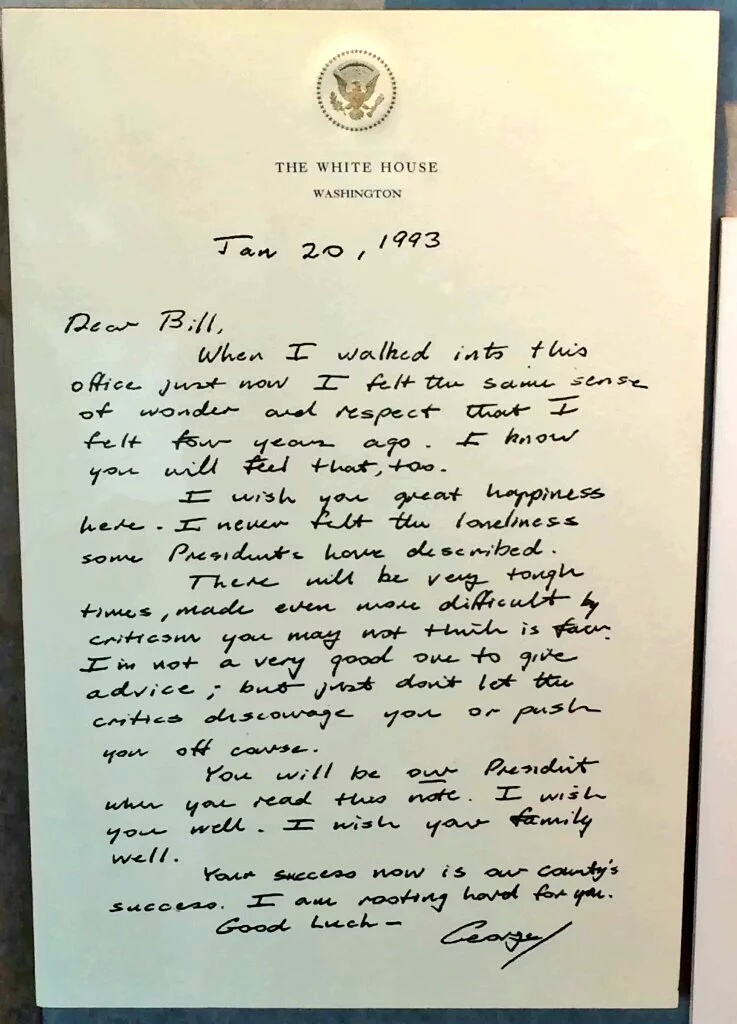 In addition, with remembering former President George H.W. Bush in my post today, I’m including this image of the broccoli letter!