We are kicking off the month of February with Puccini’s Letters concerning La Bohème.  You know this music even if it looks unfamiliar, think of the 1987movie “Moonstruck” with Cher, and Nicholas Cage, part of the wonderful cast with Vincent Gardenia and Olympia Dukakis!

On this day in 1896 Puccini’s La bohème premiered in Turin, Italy.

Over at Columbia University/New York City Opera Project, Fall 2001, “From Puccini’s Letters” includes providing the background around each letter and shares the context. It is worth spending a little time there reading through it.

It concludes with: “This fractious interaction between the composer and his two librettists reveals what a perfectionist Puccini was, and how meticulous he was about the tiniest details. His craftsmanship was of a very high order. In the light of the opera’s subsequent fame, it also shows us what a keen a sense of the theater Puccini had. Moreover, despite their disagreements, the three men went on to collaborate on two further operas: Tosca (1900) and Madama Butterfly (1904).” 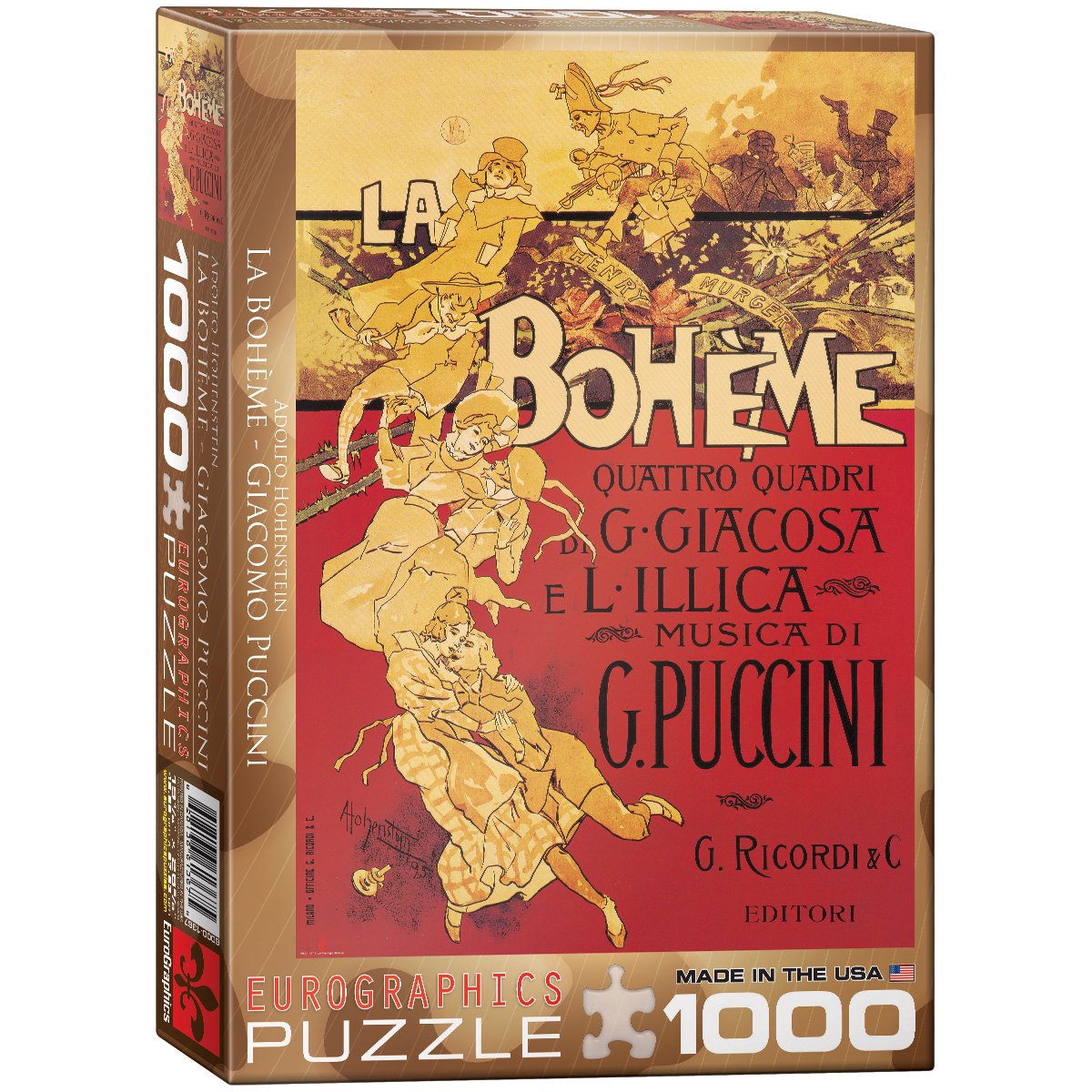 “EuroGraphics La Boheme (Puccini) 1000-Piece Puzzle. Box size: 10″ x 14″ x 2.37″. Finished Size: 19.25″ x 26.5″. La Boheme is an opera in four acts by Giacomo Puccini. The world premiere performance of La boheme was in Turin on 1 February 1896 at the Teatro Regio and conducted by the young Arturo Toscanini. Since then La boheme has become part of the standard Italian opera repertory and is one of the most frequently performed operas internationally. Strong high-quality puzzle pieces. Made from recycled board and printed with vegetable based ink. This superior quality puzzle will delight and educate all at the same time.”

Here is a short movie clip from the movie Moonstruck – with Opera Scene.

Today kicks off the month long #InCoWriMo with writing every day a letter in February. Here’s to hoping you will participate in this as well – we can write each other! Here we go!