“In The Bleak Midwinter”

Today we are looking at one of the Christmas carols we sing each year on Christmas Eve –   “In The Bleak Midwinter”.   Do you know this Christmas carol?   It was surprising to me to see how many people have sung it – there is one Christmas special from 1973 I came across with Julie Andrews singing it.

“In the Bleak Midwinter” is a Christmas carol based on a poem by the English poet Christina Rossetti written before 1872 in response to a request from the magazine Scribner’s Monthly for a Christmas poem. It was published posthumously in Rossetti’s Poetic Works in 1904.  The poem became a Christmas carol after it appeared in The English Hymnal in 1906 with a setting by Gustav Holst.  … The text of this Christmas poem has been set to music many times, the most famous settings being composed by Gustav Holst and Harold Edwin Darke in the early 20th century.”

Here are a few versions I found that are beautifully done with the simplicity of the song transcending both locations in these two examples – from a Coffee Shop to the Royal Albert Hall.

This YouTube: “In The Bleak Midwinter” performed by Corrinne May 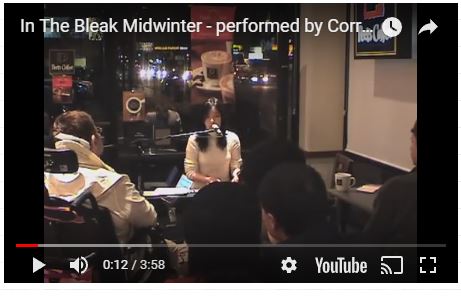 This YouTube: “In the Bleak Midwinter” performed by Susan Boyle 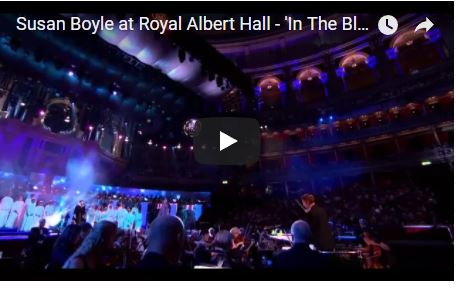 In The Bleak Midwinter

Our God, Heaven cannot hold Him
Nor earth sustain;
Heaven and earth shall flee away
When He comes to reign:
In the bleak mid-winter
A stable-place sufficed
The Lord God Almighty,
Jesus Christ.

Angels and archangels
May have gathered there,
Cherubim and seraphim
Thronged the air –
But only His mother
In her maiden bliss
Worshipped the Beloved
With a kiss.

What can I give Him,
Poor as I am?
If I were a shepherd
I would bring a lamb;
If I were a wise man
I would do my part;
Yet what I can, I give Him –
Give my heart.

With all of the versions out there – the version I still love best of “In The Bleak Midwinter” is our singing it as a family on Christmas Eve.

There we have it – perhaps a new Christmas carol or old favorite for you to pull out and listen to while working on your Christmas cards!   Join me tomorrow for my Saturday blog post on this second weekend in December.

Wikipedia “In the Bleak Midwinter”

YouTube In The Bleak Midwinter – performed by Corrinne May   @corrinnemay