With today being 3.14 Pi Day 2019 it is inspiring today’s blog post on the “Fibonacci’s Abstraction” mathematical art note card. It is over at the Etsy Shop BrewTownArts.

Earlier this week while on a call, the person was sharing they write out Fibonacci numbers when wanting to have something to write (doodle). And yes, their degree was in math! 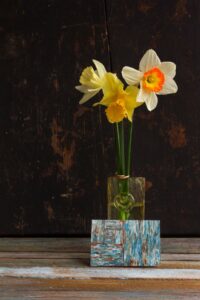 First, from the LiveScience web site, I’m including this brief explanation from October 2018.

“The Fibonacci sequence is one of the most famous formulas in mathematics.

At BrewTownArts the 5.5″ x 4″ folded note card and envelope with a blank interior is less than three dollars each. 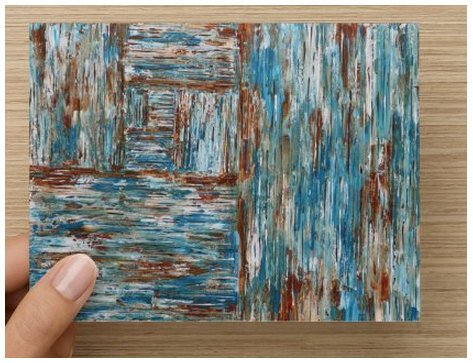 “These are blank cards created from a print of my acrylic painting “Fibonacci’s Abstraction.” Since the interior of the card is blank, these are perfect for any occasion! Use them as thank you notes or cards to accompany gifts.

The original painting is based on the Fibonacci Sequence…

In this particular painting, each of the squares (which due to the shape of the canvas ended up more non-square rectangular) represent a number in the Fibonacci Sequence. It starts with two 1×1 squares, then a 2×2, 3×3, 5×5, and so on as it spirals out…

It continues to amaze me the range of items we cover here daily and usually with some kind of letter writing tie-in! Here’s to our ongoing quest for putting pen to paper and writing more letters!

Attribution & Thank you to the following referencing today