Today, June 14, is Flag Day 2019 and the U.S. Army is celebrating its 244th Birthday! I’ve come across a beautiful article from earlier in the week reviewing what the symbolism of the folds of the flag.  This is the 2019 U.S. Flag Forever stamp (740104) I’m including, the issue date was back in January.

“… On June 14, 1775, the Second Continental Congress formed the Continental Army under the command of George Washington to unify the 13 colonies in their fight against British forces.

When the Revolutionary War ended, the Congress of the Confederation created the U.S. Army to replace the disbanded Continental Army on June 3, 1784. “

Flag Day 2019 Looking at the Positivelynaperville.com article on the symbolism of the folds of the flag 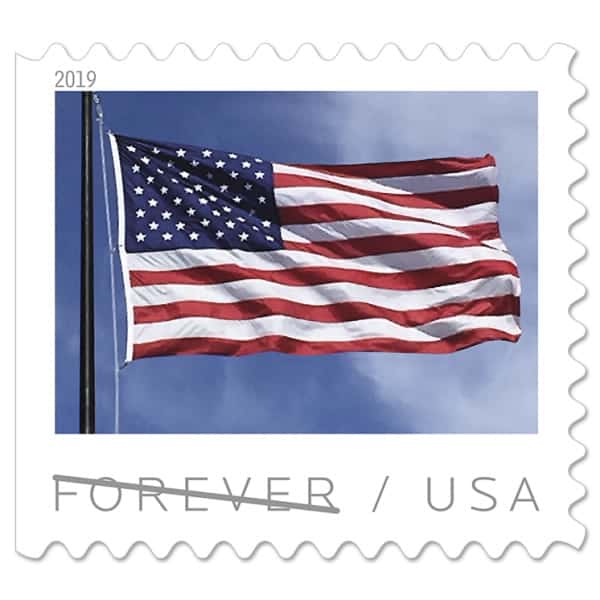 Next, over at the positivelynaperville.com, is the article “Veterans In Touch – Army Birthday and Flag Day 2019”. It is by Mike Barbour, from June 11, 2019.

The first fold is a symbol of life.

The second fold is a symbol of our belief in the eternal life.

The fifth fold is a tribute to our country

The sixth fold is for where our hearts lie

The seventh fold is a tribute to our Armed Forces

The eighth fold is a tribute to those who entered into the valley of the shadow of death and also to honor mothers.

The ninth fold is a tribute to womanhood

The tenth fold is a tribute to fathers

The eleventh fold is in the eyes of a Hebrew citizen, represents the lower portion of the seal of King David and King Solomon and glorifies through their eyes the God of Abraham, Isaac and Jacob.

The twelfth fold, in the eyes of a Christian citizen glorifies on their eyes God the Father, Son and Holy Ghost.

When the flag is completely folded the stars are uppermost reminding us of our national motto “In God we trust.””