We are welcoming February 9th with our blog post on the upcoming John Lennon 2018 USPS Forever Stamp.  In 1964 The Beatles were first appearing in America on The Ed Sullivan Show on this day.

With the upcoming John Lennon 2018 USPS Forever Stamp, it is apropos to share this eight-minute video I came across from 1994.  “Paul McCartney inducts John Lennon into the Rock and Roll Hall of Fame during the 1994 Hall of Fame Induction Ceremony, when Lennon was honored as a solo artist. ”

At the beginning, Paul mentions he “has random memories in the form of a letter to John”. It is beginning at about the 4:30 mark that Paul recalls them appearing on The Ed Sullivan Show. 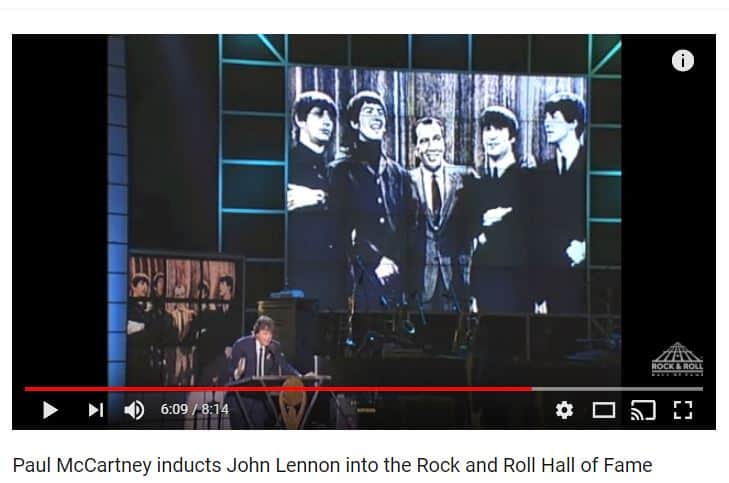 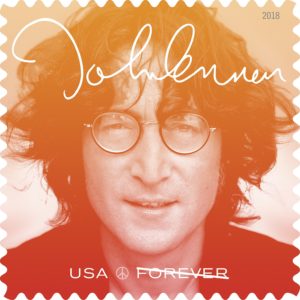 From the USPS  Sneak Peek at Select 2018 Stamps, it includes “The newest stamp in the Music Icons series honors singer and songwriter John Lennon (1940–1980),

a rock ’n’ roll hero successful both as a founding member of the Beatles and as a solo artist.”

It was therefore really interesting to come across this Rolling Stone article from 2014: “Going Postal: How Jimi Hendrix Got Stuck to a Postage Stamp. Plus, a look ahead at the Music Icons series, including the rumored, controversial John Lennon stamp.”

“The musician’s non-American origins has made some stamp collectors question whether he should be a part of the series. McGowan says that his nationality is less important than his influence and that the stamp “could be a reality.” “We do try to focus on people who are American or things that are American, but we also focus on subjects and themes that truly changed American culture,” she says. “The Beatles and John Lennon had a huge impact on our country and culture.”

In conclusion, thank you for joining me today for upcoming John Lennon 2018 USPS Forever Stamp.