Over at The Typosphere, it has a great posting about the California Typewriter movie with Tom Hanks opening across the US.

It was fun to realize a few months ago the movie Twitter account for California Typewriter began following me. I’ve been following them too! 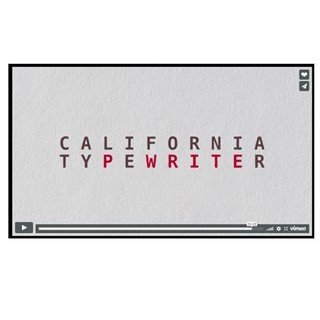 To begin with, my typewriter collection is currently at six typewriters. It is always a fun letter writing treat to use one of them for old-style correspondence with one of my pen pals.

Let’s start with these three items. First, this movie is one I am looking forward to seeing. I’m including the link to the movie trailer.   Second, the movie trailer includes Richard Polt whose book The Typewriter Revolution I first wrote about his book back in 2015 prior to its publication. Third, there is this 4-minute Review from August 7 you will want to watch.

“California Typewriter” opens across the US

The following is from the September 07 posting at The Typosphere.

I’ve just been authorized to post the following list of theater locations for the film “California Typewriter.” In case you don’t know, this brilliant documentary centers on a Berkeley typewriter shop and involves artists, collectors, poets, writers, and others who love typewriters today. My Typewriter Manifesto is featured in the film (see above) and I play a modest role. Some type-ins or other events may take place in association with some of these showings. Support 21st-century typewriting and see this film in a theater if you can!

About the “California Typewriter” Movie

There is an actual California Typewriter repair shop in California.

CALIFORNIA TYPEWRITER is a documentary portrait of artists, writers, and collectors who remain steadfastly loyal to the typewriter as a tool and muse, featuring Tom Hanks, John Mayer, David McCullough, Sam Shepard, and others.

The Press page has a great listing with links to the Press articles about the movie.

In conclusion, I’m figuring out the closest location for viewing the movie and hope you will too!

Except and image: The Typosphere website – “California Typewriter” opens across the U.S., Sept 07, 2017.

PrevPrevious“Letters from Katrina” book
NextColoring Book of Cards and Envelopes: Flowers & Butterflies Next