The American Philatelic Society (APS) in their blog post today is on the USPS Celebrating Sesame Street 50th Anniversary.  At the end of my post, I share why I am so fond of Oscar the Grouch!

There are 16 stamps in the sheet debuting on June 22, 2019, at the First Day of Dedication Ceremony.

In reading their post, it shares about “The first episode of Sesame Street aired on Nov. 10, 1969.”  Furthermore, I’m recalling back on November 10, 2016, my blog post was on “Sesame Street How Postage Stamps Are Made“. It includes the 1999 Sesame Street Big Bird stamp from the 1970s Celebrate the Century Series.

The below excerpt is from APS Celebrate 50 Years of Sesame Street with the U.S. Postal Service.

“The U.S. Postal Service honors Sesame Street, the influential and beloved children’s television show. For 50 years, the series … educational programming and entertainment for generations of children throughout the country and around the world.

The first day of issue event for the Sesame Street Forever stamps will be held immediately …  a celebration of the show’s golden anniversary … in ten cities across the United States… social media with the hashtag #Sesame50. 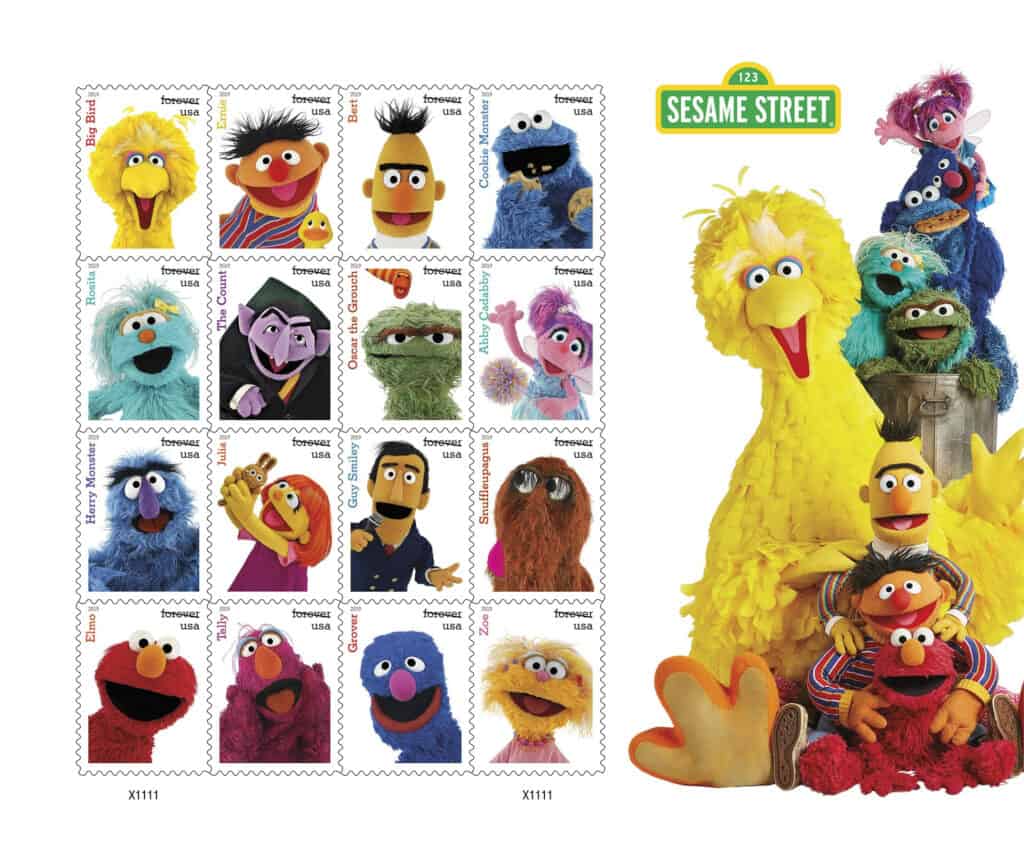 “… Big Bird, Ernie, Bert, Cookie Monster, Rosita, The Count, Oscar the Grouch, Abby Cadabby, Herry Monster, Julia, Guy Smiley, Snuffleupagus, Elmo, Telly, Grover, and Zoe.
Images of nine of the characters appear on the right side of the pane underneath the iconic Sesame Street sign. The back of the pane displays the Sesame Street 50th anniversary artwork.”

In conclusion, it is fun learning the USPS is Celebrating Sesame Street 50th Anniversary with these 16 Sesame Street Forever Stamps in June 2019.

On a personal note, Sesame Street, especially Oscar the Grouch, is a fun character I’m fond of for a great reason. During my senior year in High School, my Talent routine was performing a jazz pantomime routine to Oscar singing “I Love Trash!” It is especially fond recalling this memory, given I was performing it at the Texas Junior Miss Pageant!