We have a most unique aspect to covers with the Mourning Covers 1884 Wilmington NC for our blog focus today. I’m putting it under Postal History. In almost five years of writing here daily my first time to be covering this kind of envelope cover.

First, my sincere thanks to my stamp club buddy, Jimmy Jordan. I appreciate his scanning and sharing this mourning cover. It is from his Wilmington NC postal history collection. We have the front and back images of it below.

Furthermore, in sharing the topic with me, his email said: “Not a happy subject but at one time a popular form of postal communications.“ 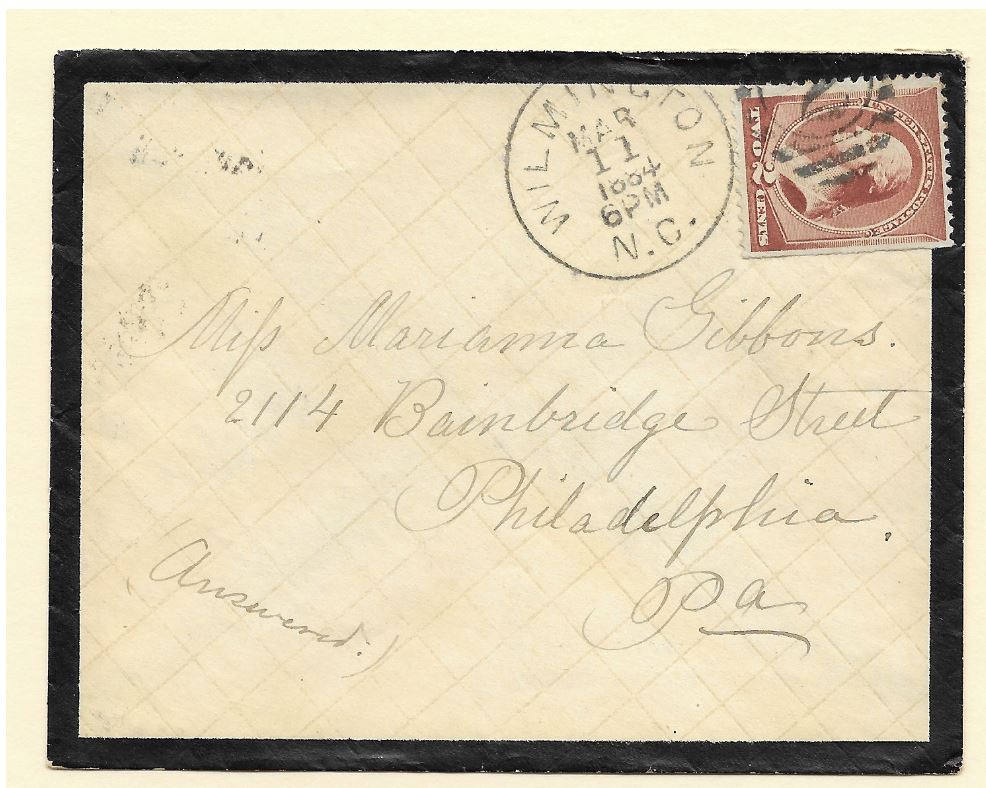 Secondly, if you are new to my blog, shortly after beginning AnchoredScraps I became a member of my local stamp club, the Wilmington Philatelic Society. It is a fantastic group and I continue to learn so much from everyone.

“In philately, the term cover pertains to the outside of an envelope or package with an address, typically with postage stamps that have been cancelled and is a term generally used among stamp and postal history collectors.”

The following images and text I’m sharing with his permission.

“… One hundred and forty years ago communications were a little more labor-intensive than today but much more personal. The internet has made basic research much easier.

Mourning covers were commonly used in the late 19th and early 20th centuries to send death announcements or sympathy letters. The envelopes containing these death-related letters are easily identified by the black mourning mark around the borders. The mourning mark would oftentimes continue around the back of the envelope. The envelopes may have a printed border or be hand-marked with pen and ink by the letter writer. The use of mourning covers declined rapidly during the first half of the 20th century being replaced by the now popular sympathy card. Mourning covers had a limited and brief resurgence upon the death of President Franklin D. Roosevelt in 1945. 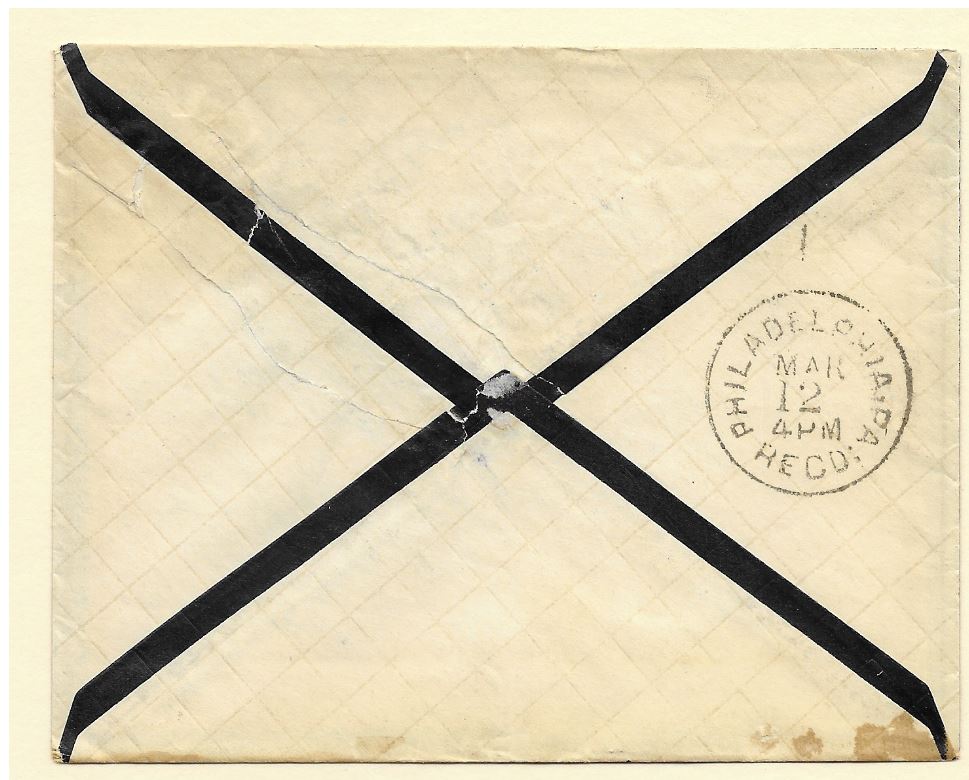 This mourning cover was mailed on March 11, 1884, by an unknown Wilmington, North Carolina resident to Miss Marianna Gibbons of Philadelphia, Pennsylvania. Most likely this was a sympathy letter in reference to the death of Miss Gibbons father, Dr. Joseph Gibbons of Lancaster, Pennsylvania. Doctor Gibbons had died three months earlier on December 9, 1883. The cover has a March 12 Philadelphia PA receiving postmark on the back. A close look at the Wilmington postmark and the Philadelphia receiving mark shows a transit time of 22 hours. The railroads were very efficient in the late 1800s!”

Before closing, I still remember my first year blogging here and Jimmy sharing from his collection for 9 – 11 Commemoration (9-11-2015).

Lastly, my thanks again to Jimmy for bringing to my attention the topic. It continues to amaze me the fascinating things learning from stamp collecting!