Finding The Written Works of Graeme Edge, including an audio excerpt of it to listen for free of him reading the Final Lament is a joy and celebration!

This morning I am posting especially early so we can enjoy the full day with the music of the Moody Blues. 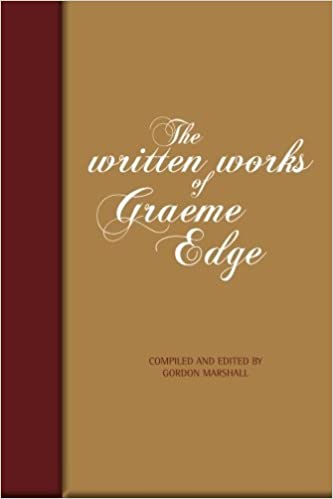 With all of the uncertainty in the world I’ve been sharing with friends recently the expression, Breathe Deep.  And in doing so have been discovering having to explain.

It is a reference from the classic Nights in White Satin song by The Moody Blues, as I know it from the original album version at the end when it goes into a poem, of the Final Lament.  It was written by drummer Graeme Edge.

The Written Works Of Graeme Edge

“The written works of Graeme Edge. With additional anecdotes on the background to the motivation of many of Graeme’s best known lyrics and poetry. The Moody Blues most famous albums are represented here, along with solo works, in one written volume.”

The paperback came out in 2012. Options over at Amazon include  Kindle, Audible Audiobook (showing $0.00 Prime Membership), and Paperback.
In addition, I am including more regarding the Audio excerpt further below.

How wonderful that in the opening of Nights In White Satin it talks of letter writing!

Nights in White Satin (The Night)
The Moody Blues

This site, webwriter.f2s.com has done a really nice job of listing the lyrics for each of the songs. In fact the site shares it is “devoted to the literal words of the Moody Blues”.

The song, Nights in White Satin, is from the classic Days of Future Passed album by The Moody Blues.  Although it was released in 1967, I always think of it being from the 1970’s which makes perfect sense when reading in Wikipedia, “when reissued in 1972, in the United States the single hit number two – for two weeks … and hit number one…”

Over the years growing up I recall  becoming much more aware of it while in High School and later especially away at College. When it came on the radio, FM, everyone would attempt to recite the poem, Final Lament at the end of it – or at least try to know all the words.

In remembering this album it brings to mind I still miss letting go of my college vinyl record collection over fifteen years ago. In thinking about it, I don’t think I ever owned this album; however, if I still had my crate of vinyl records from college, I would have dug them out to look through to see if I had it.  The good news is that from writing today’s blog post, I have located this album on eBay. It is of a 1967 Deram label, Original 1st Press of the album, THE MOODY BLUES Days Of Future Passed LP. The album cover looks like the one on the image showing the play list image I’m including from webwriter.f2s.com.

Also, in the past few years, I’ve been slowly rebuilding “missed” vinyl albums. The record player I have now lets me not only play records on it, but also transfer to digital.

In the Audio Excerpt at Amazon, I was referencing it from The written works of Graeme Edge.

When you listen to it, he recalls writing it and reads both The Day Begins and Late Lament. I’m including these images of the lyrics to read along.

“The spoken-word poem heard near the six-minute mark of the album version of the song is called “Late Lament”. Drummer Graeme Edge wrote the verses, which were recited by keyboardist Mike Pinder. On Days of Future Passed, the poem’s last five lines bracket the album and also appear at the end of track 1 (“The Day Begins“).”

“The London Festival Orchestra provided the orchestral accompaniment for the introduction, the final rendition of the chorus, and the “final lament” section, all of which were in the original album version. “ 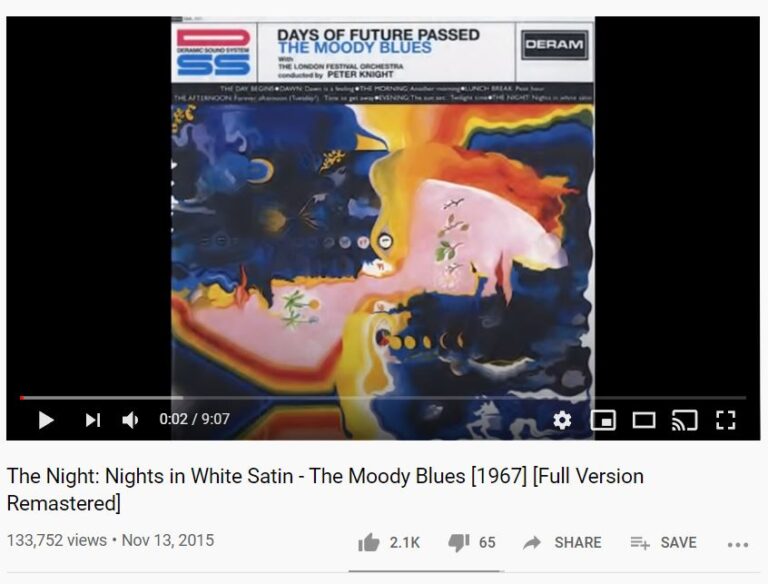 This Full Version Remastered is 9:07 and is the version I remember. 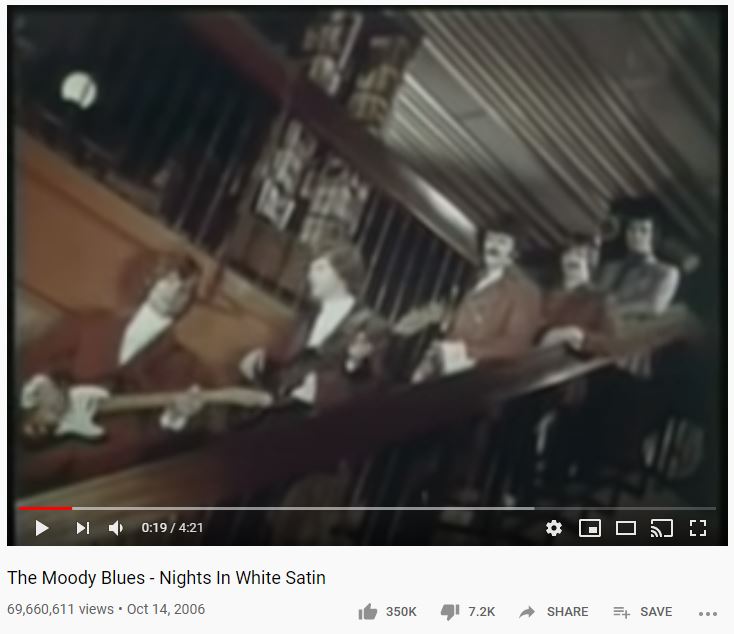 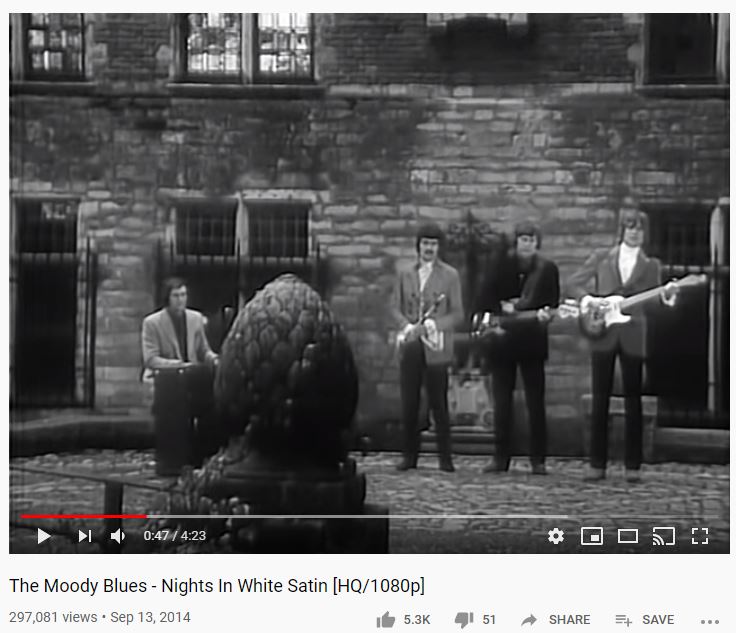 And on this final one, it is also a short version; the video quality looks a little sharper.

An observation and realization, I’m having from writing this post, comes from in seeing such a huge view count on the single shorter version, I can see how someone may not be familiar with the long version with the poem Late Lament that follow afterward in it.

Before closing, I hope you have enjoyed. It continues to amaze me how things IRL (In Real Life) make their way into the blog, inspiring topics. I’ll be printing off today’s post and sending a print each to two of my buddies I was telling about the expression.
Join me tomorrow for my Wednesday blog post. In the meantime, here’s to making time to remember to breathe deep.

The Moody Blues Days Of Future Passed  at webwriter.f2s.com

69 + Million Views of  The Moody Blues – Nights in White Satin

You may also enjoy AnchoredScraps Van Gogh’s Letters: The Mind of the Artist in Paintings, Drawings, and Words, October 23, 2018As a result