There are Votes For Women Pictorial Postmarks available commemorating today being the 100th Anniversary of the ratification of the 19th Amendment to the U.S. Constitution. In addition, I include a link over to the new Centennial Women Vote Stamp 19th Amendment. And I wrap up with Reflections on Suffragettes from Mary Poppins, Murdoch Mysteries & Seth Godin Book What To Do When It’s Your Turn. 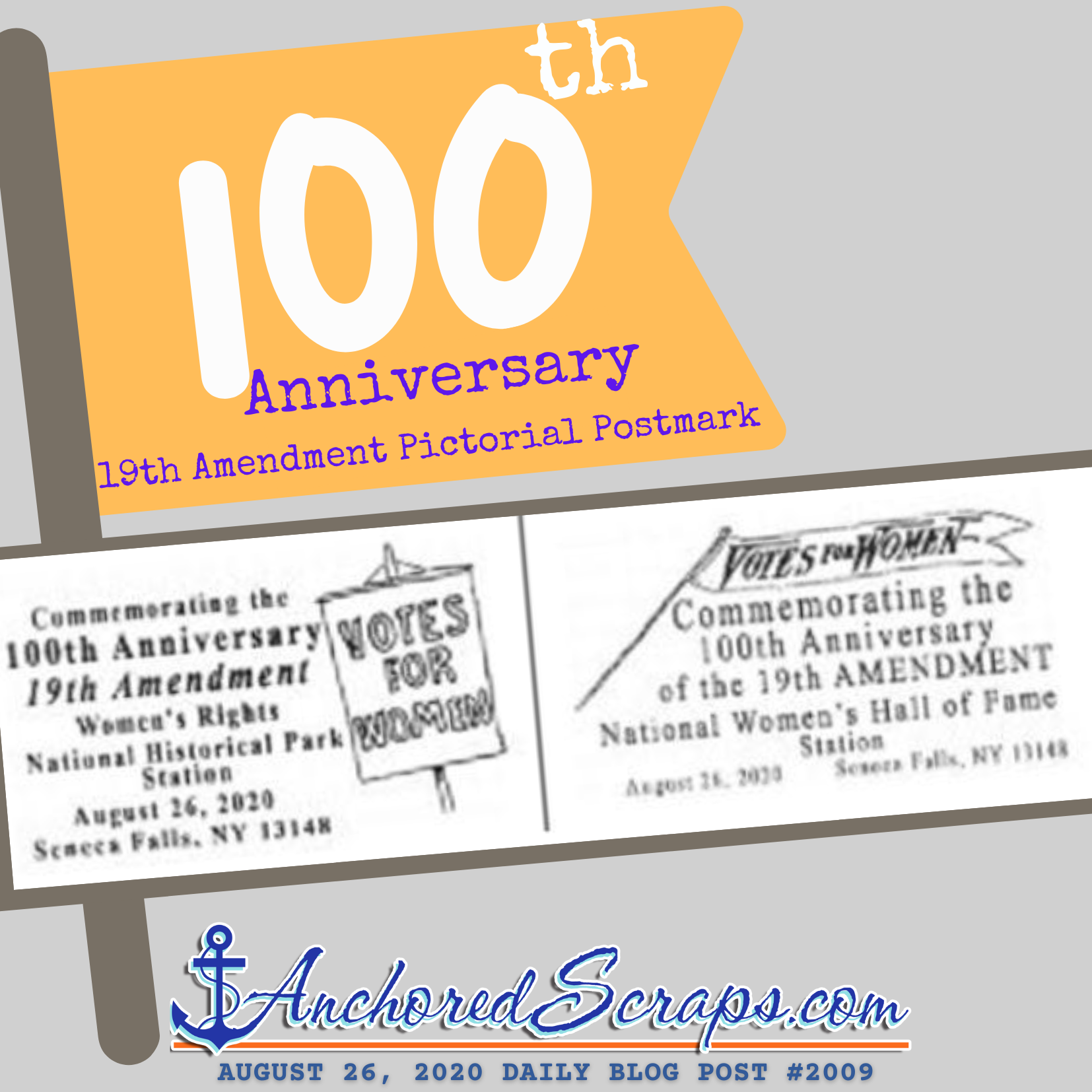 The two pictorial postmarks today are in Seneca Falls, NY, followed by another one tomorrow in Knoxville, TN. 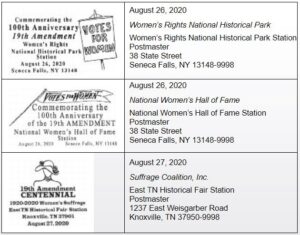 In the Pictorial Postmarks Announcement 22552, it gives the address for requesting. You will notice it is the same address for both of them.

Furthermore, there is a 19th Amendment Centennial Pictorial Postmark with tomorrow’s date, August 27, 2020. It is for the Suffrage Coalition, Inc in Knoxville, TN.

As a reminder, I’m including this excerpt that gives the deadline for requesting.

And this is the link that includes details to request them.

Another item I must mention is this past Saturday, August 22nd, was the First Day of Issue for the new stamp. The 19th Amendment: Women Vote USPS Forever stamp “commemorates the suffragists’ historic fight for voting rights.”

“The clothes they wear and the banners they bear display the official colors of the National Woman’s Party (NWP) – purple, white, and gold.”

Six months have gone by since first learning there would be this stamp. In my February 15, 2020 blog post, it was on USPS Commemorating Centennial Women Vote Stamp 19th Amendment in 2020. At the USPS Postal Store, it is showing five items, including the new stamp for sale. Be sure to check it out and the enamel pin with the cancellation card they are offering.

Reflections on Suffragettes from Mary Poppins, Murdoch Mysteries & Seth Godin Book What To Do When It’s Your Turn

Before closing, when I come to think of it, I recall watching in 1964, at the movie theater (which was a really big deal!), seeing the movie Mary Poppins. And in it there is Mrs. Banks, leading a rendition of the song “Sister Suffragette”.

Next, this Summer has included catching up with some episodes of Murdoch Mysteries. I have appreciated the weaving of Suffragettes through several of the episode plots.

And lastly, when I first began writing this blog over five years ago, in my first post here at AnchoredScraps, it included referencing reading Seth Godin’s latest book at the time, “What To Do When It’s Your Turn” (And It’s Always Your Turn). On the book cover, he has a photo of Annie Kenney. In fact, when you open the book on the first page there she is again – where the black and white photo has been colorized. She was a young woman, who “… was a mill worker in England, a member of the downtrodden working class, and an early suffragette.” He goes on to talk about her being at a town hall meeting asking a member of Parliament about the right to vote, her subsequently going to jail for three days, and that her courage “amplified a movement that ended up changing the world. Millions of women could have taken their turn in that movement, but it took Annie to step up and do it”.

Join me tomorrow for my Thursday blog post. Here’s to a great day ahead!