There are four new USPS June 2021 Stamps arriving this month.  The timing for them is very good, especially when looking at the range of topics they cover. The first stamp was just released last Thursday recognizing the contributions of the Japanese American Soldiers of WWII.

The second stamp is for Emilio Sanchez internationally known for his architectural paintings and lithographs. Next, is the Sun Science stamps with images from NASA’s Solar Dynamics Observatory. And lastly, a stamp honoring Yogi Berra, who won a record 10 World Series among his accomplishments.

One of the reasons I include stamps among some of my blog post topics with letter-writing is because of how much fun it is pairing the topic and occasion I’m writing about with a stamp. For June, I thought it would be perfect to plan ahead seeing what is coming with new stamp releases this month. Also, I love reading in replies to letters written to me how much the recipient enjoys looking at the stamps on the envelope. Especially fun is including what some may call vintage postage and having an outgoing letter hand-canceled at the Post Office if the line is not busy; it is especially fun when the stamps are noticed and commented not ones they see all the time!

All of the stamps I’m sharing are available on the USPS Postal Store. In addition, the first stamp is available now to order, whereas the other three are pre-order. 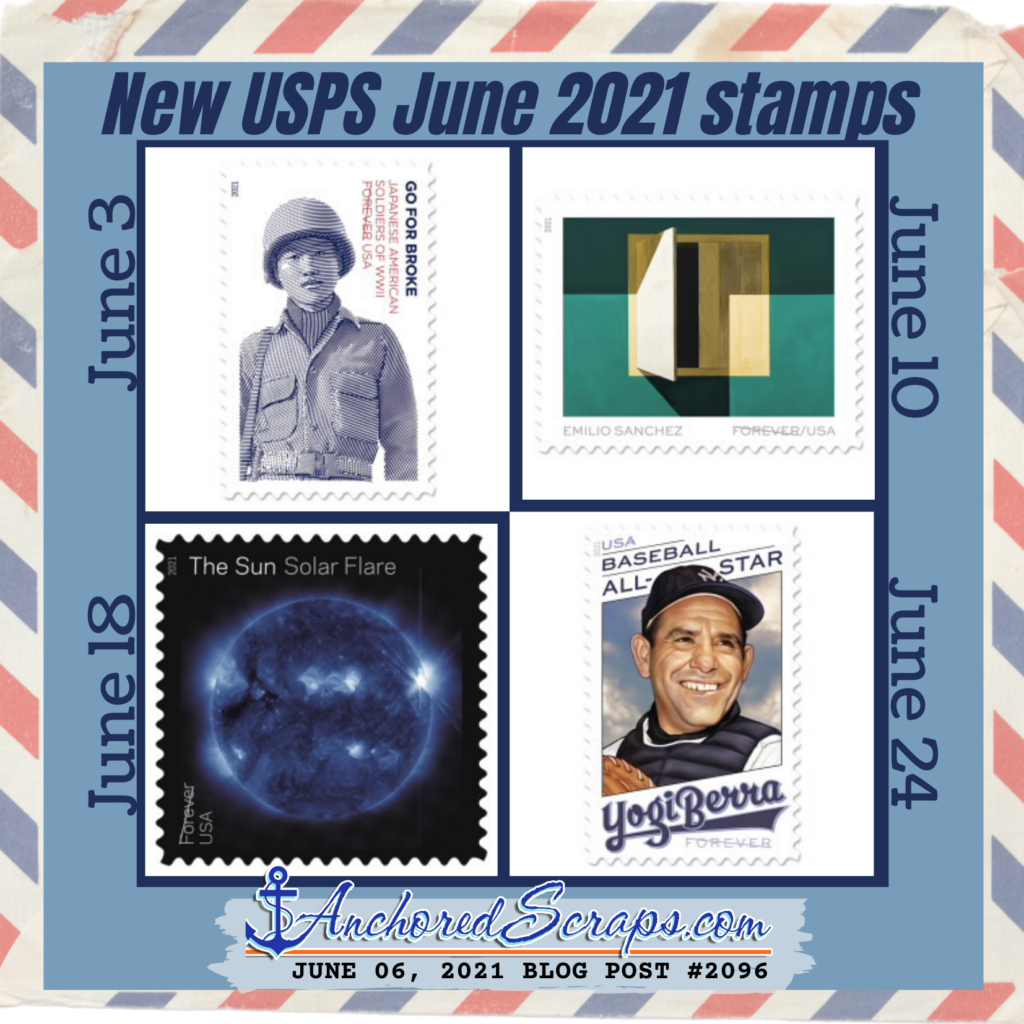 We are beginning with this first stamp. It is the Go for Broke: Japanese American Soldiers of WWII, SKU 480504; the USPS Forever Stamp First-Class Mail was issued on June 3, 2021. The sheet of 20 First class stamps is $11.00. 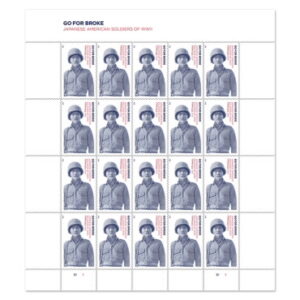 Reading about the story behind this stamp really caught my attention.

“With this commemorative stamp issuance, the Postal Service™ recognizes the contributions of Japanese American soldiers, some 33,000 altogether, who served in the U.S. Army during World War II. The stamp, made to resemble an engraving, was printed in the intaglio print method. The image is based on a photograph taken in 1944, in France, of a member of the 442nd Regimental Combat Team, whose motto was “Go for Broke.” The stamp was designed by art director Antonio Alcalá.” 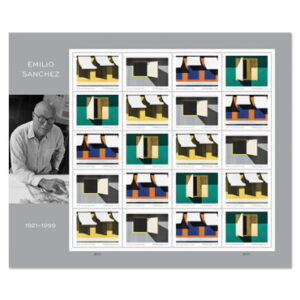 “… With these stamps, the U.S. Postal Service celebrates the art of Emilio Sanchez (1921-1999). Best known for his architectural paintings and lithographs, Sanchez explored the effects of light and shadow to emphasize the abstract geometry of his subjects. His artwork encompasses his Cuban heritage as well as his long life in New York City.

… Each work often depicts a single building. All extraneous details have been stripped away, although sometimes he highlights a specific feature, such as a balustrade, arched doorway or balcony…” 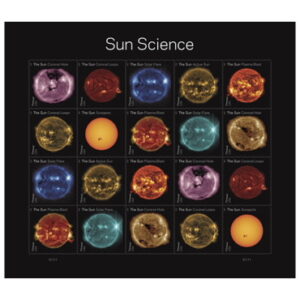 Third, arriving on June 18th, we have the Sun Science stamp with multiple stamp designs, SKU 480804. What is really amazing is reading about the 10 images from NASA’s Solar Dynamics Observatory, with each of the photos “colorized by NASA to correspond with the wavelengths that reveal specific features of the sun’s activity.”

We can read more about them over at the NASA website their article online about the ten images showcasing the sun in the new stamps.

“The 20-stamp set features ten images that celebrate the science behind NASA’s ongoing exploration of our nearest star. The images display common events on the Sun, such as solar flares, sunspots and coronal loops. SDO has kept a constant eye on the Sun for over a decade. Outfitted with equipment to capture images of the Sun in multiple wavelengths of visible, ultraviolet, and extreme ultraviolet light, SDO has gathered hundreds of millions of images during its tenure to help scientists learn about how our star works and how its constantly churning magnetic fields create the solar activity we see.” 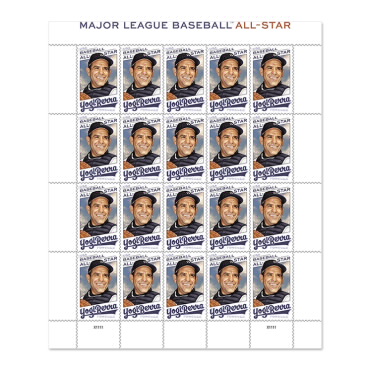 And the last of the new USPS June 2021 Stamps arriving this month is celebrating baseball legend Yogi Berra. On June 24, 2021, the First Day of Issue stamp event includes a pictorial postmark, at its location in Little Falls, NJ, at the Yogi Berra Museum & Learning Center.  The Forever stamp in panes of 20 is SKU 480304, for $11.00.

“Beloved by fans across the country, Yogi Berra (1925-2015) was one of the best Major League Baseball players of his era. Berra won a record 10 World Series with the New York Yankees and was inducted into the National Baseball Hall of Fame.

During his career, Berra won three AL MVP awards and was an 18-time MLB All-Star. Considered the best catcher in the American League in the 1950s, he was also a feared hitter, averaging better than .300 four times — finishing with a .285 lifetime average — knocking in 100 runs five times and hitting 358 home runs…”

In addition, I am including a very recent article about Yogi Berra being a film critic! Over at the MLB, under News, is an article: The time when Yogi Berra was a movie critic, Leonard Maltin’s got nothing on Yogi. It is from May 4th, 2021, by Michael Clair. It talks about “Yogi at the Movies”  from 1988, and his once a month episode as a film critic, and “was sure to have a Yogi-ism in it”.

Before closing, here is something to keep in mind. There is talk that beginning August 29, 2021, there could be a postage rate increase. This means there is an incentive to buy our Forever stamps now before any increase. The proposal includes a First-Class rate from 55 cents to 58 cents. In addition, postcards postage increase from 36 cents to 40 cents. I’ll have more details about it in a future post as more becomes known.  My thanks to stamp club buddy Jimmy for sharing the USPS press release with me.

Thank you for joining me today. Here’s to enjoying pairing our stamps with our letter writing. And especially consider adding these new stamps arriving this month to our postage stamp stash! See you back here on Wednesday.

Thanks and attribution to the following referencing today